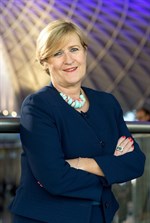 In this latest Doing Business Guide we look at one of the UK’s closest trading partners in the Gulf Region in Kuwait. Though it isn’t the largest country, with a population of around 4.4 million, it is one of the richest – in fact it’s the fifth richest in the world when measured by GDP per head.

Part of the Gulf Cooperation Council (GCC) and neighbouring Saudi Arabia, Iraq and Iran, it also has a key strategic location, and there are already over 100 UK companies over there – including Shell, BP, Boots, PwC and Grant Thornton. Bilateral trade between the UK and Kuwait doubled between 2013 and 2015 to £4 billion and with no tax on personal income, a growing diversification in the Kuwaiti economy, and English widely spoken, there’s no reason why this can’t increase further.

There is obvious strength in the oil and gas sector, while the UK’s main goods exports to Kuwait include vehicles, pharmaceuticals, clothing, electrical machinery and mechanical appliances. The services sector is growing with many emerging opportunities for the UK’s consultancy and financial services.

UK trade with Kuwait has been shaped by the EU-GCC Cooperation Agreement with a new dialogue on trade and investment launched between the blocs in May 2017. The GCC has its own customs union and Kuwait will soon follow Saudi Arabia and the United Arab Emirates in adopting VAT before 2019 as part of the ‘Unified Agreement for Value Added Tax of the Cooperation Council for the Arab States of the Gulf’ signed in 2017.

Other strengths in the market are the strength of the Kuwaiti Dinar, it’s friendly atmosphere, stable regime and moderate business costs. However, Kuwait only ranks mid-table in the World Bank’s Doing Business Rankings at 96 so beware that there are indeed challenges to be overcome when doing business there. There are restrictions on company ownership for non-GCC nationals, it is extremely hot, decision-making can be slow, and finding the right partners is vital.

Kuwaitis value patience and do not appreciate a hard sell. You’ll have to work your way up before reaching a decision-maker and any display of impatience will cost you the opportunity in any case. Also, though English is widely spoken, Arabic is the official language of Kuwait and all contracts are written in it. Where there is both an English and Arabic version of the contract, the Arabic version will be the one that is followed, so make sure you get a good translator!

With any country there are challenges, and we at the Institute are always available to offer support and guidance on entering new markets such as Kuwait. We wish you the best of luck exporting to Kuwait and get in touch if you’d like any help!